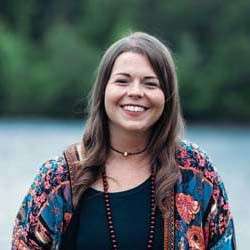 Ivy is originally from Albany, GA and from an early age had a deep passion for people and a compassion for the hurting. Growing up in a Christian home Ivy had a sense God would use that passion in her future calling. Ivy later attended Georgia Southwestern State University and earned her B.S. in Sociology with a minor in Psychology. While in college, Ivy started a homeless ministry out of her car. After graduating college Ivy became a missionary in East Africa. She worked as an English teacher and volunteered to help minister to unreached people groups. When she returned stateside, Ivy began working with Mission Change, a non-profit ministry in Albany, GA that stands up for issues that are often overlooked in our surrounding communities. Ivy is a currently a certified minister. Ivy has a heart for discipleship, a desire to see teenage girls fall in love with Christ and for them to know they are daughters of a great King. She wants teenage girls to know that Jesus can heal you from any hurt that life may have left them with. Ivy has a heart for the nations, to see the captives set free, and to see earth look a little more like heaven.